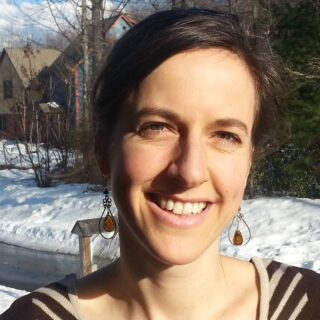 Lena Entin joined N2N-MA in 2000 as an organizer in N2N’s Worcester chapter. Over her years organizing at N2N, Lena helped the organization double in size. She founded the Fitchburg and Leominster chapters, and from there moved west where she started the Holyoke and Springfield chapters. In Holyoke, Lena led N2N’s first local environmental justice work, leading the chapter in a successful campaign to shut down the Mt. Tom coal plant. After organizing for 16 years, Lena stepped into the role as Development Director at N2N for two years. From 2017-2021, Lena joined Community Action Works, an environmental health organization, as Deputy Director, training and overseeing community organizers in Massachusetts, Connecticut, Rhode Island, and Maine. She just rejoined the staff at her organizing home at N2N in January, 2021. Lena got her start in activism at Cornell University, after which she learned about community organizing in the El Salvador office of the U.S.-El Salvador Sister Cities program. Lena loves running and cross-country skiing, and communal life at Rocky Hill Co-housing, where she lives with her family.